Ad: PR gifted product. As always I give honest and unbiased reviews of products I receive.

Let’s talk about Pearls. Known as the “Queen of Gems”, pearls have been coveted for centuries. They have been used in jewelry as far back as ancient Greece, and until the 20th century pearls were one of the most valued gems, if not the most valuable, in many cultures.

Pearls were long a symbol of power and purity during the Middle Ages and many royals adorned themselves with pearl jewels. The sixteenth century in England was known as the Pearl Age, reflecting the prestige carried by pearls at that time.

I just love me some pearl jewelry, they are timeless, exude femininity and add a touch of glamour and elegance to any wardrobe.

Now pearls don’t just make spectacular jewelry, they have long been used in medicine in various cultures and has been been a skincare and medicinal staple in Chinese culture for more than 2000 years.

A Chinese proverb says that pearls do no just lie around at the shore. He who wants pearls, has to dive into the sea. Ancient people used to call pearl the Queen of Gems and the Gem of Queens. It is one of the most legendary ancient beauty secrets, widely used by the riches of the world. Pearl is often referred to as the “adaptogen of the ocean”. This precious, luminous gem in its powered form was used as an inner and outer beauty remedy, supporting the skin on the inside and out.

Royal members of the Chinese imperial palace employed pearl powder for a myriad of skin benefits like brightening, wrinkle prevention, and sun protection. It’s even been used in traditional Chinese medicine to treat palpitations, convulsions, insomnia, epilepsy, and ulcers.

The queen of Egypt – Cleopatra – used to dissolve pearl and use it as her beauty regimen. Pearl was also given to children in the Philippines as it was believed that it will give them a gorgeous and smooth skin. Pearl was always popular among aristocracy around the world, who believed it would give them youthful looks.

But Ayurveda and TCM – the Traditional Chinese Medicine system, were probably the biggest believers in the magic of pearl powder. Additionally to its beauty benefits, Ayurveda and TCM treated pearl as a powerful adaptogen, believing that it supports the person against anxiety and stress. Pearl was also used in Ayurveda as a love potion, as it was believed it was a powerful aphrodisiac.

What is pearl powder?

Pearl powder is made from freshwater pearls or saltwater pearls which are ground into a super fine powder that’s easily absorbed and used by the body.

Pearl powder’s numerous benefits come from its abundance of minerals. This ocean adaptogen contains at least 14 amino acids (including 8 that cannot be synthesized by the human body) and 30 trace minerals, including calcium, iron, copper, magnesium, silica, and selenium which are needed for healthy hormones, a strong immune system, and appearance of youthful skin. Pearl also contains conchiolin, a protein which builds up the shell. It is conchiolin which we credit for giving pearls their gorgeous luminosity we can admire.

Our pearl comes from freshwater farms and is tasteless, easily soluble powder, so it can be a nice beauty addition to most kitchen creations and recipes, but some people also use it externally. It can be used in smoothies, oatmeals, milk or tonics, but some go further than that and use it as an addition to creams or serums, during their application.

Pearl in cosmetics is believed to brighten up the skin and minimize the visibility of any imperfections, such as wrinkles, stretch marks, scars or acne. Pearl powder is recommended for a dry and sensitive skin. It soothes and nourishes the skin, while acting like a natural UV filter.

How to Use Pearl Powder

I started off by consuming it internally in plain water. It dissolves easily and has a very subtle taste.

As it is quite tasteless you can add it to your favourite smoothies, juice or yoghurt without it affecting the taste.

I’ve had many positive results from using pearl powder internally. I love that its an adaptogen, it helps counteract the effects of stress in the body and improve the body’s ability to adapt to stress.

I noticed an improvement in my mood and sleep thanks to its calming and relaxing properties. I have also noticed improvements in my skin and hair. I had significant hair growth and thicker hair in just a month.

I also used it topically as a face mask. Simply mix pearl powder with water or your favourite floral water. Add a few drops of liquid at a time until it thickens and then apply to your face. Leave it on for 10 minutes to dry and then rinse with warm water.

After rinsing my skin was incredibly soft and smooth. After several uses there was a noticeable difference in my acne scaring and hyperpigmentation. It helps to even out the skin tone, brighten and lighten the skin thanks to a complex protein within pearl powder called Conchiolin.

Conchiolin has been scientifically proven to reduce skin’s pigmentation by inhibiting an enzyme (called Tyrosinase) which is responsible for melanin production. It also hydrates skin, helps rebuild its natural collagen and increases skin’s barrier action for retaining moisture.

Pearl powder is so versatile, you can also mix it with your moisturiser, face oil or brush a small amount over foundation as a setting powder.

Thank you ZOJO Beauty Elixirs for letting me explore the many benefits of Pearl Powder.

Have you tried Pearl Powder? 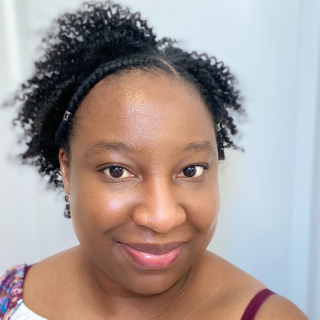 Hi there! I’m Lola, founder of Discover Green Beauty, a blog that is all about an organic, non-toxic approach to beauty, health and wellness.